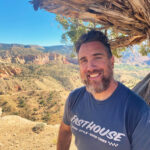 Carlos is an experienced advocate of outdoor education, recreation, and sustainability. As the Executive Director of the Southwest Idaho Mountain Biking Association for over four years, Carlos has been dedicated to creating a supportive community and fostering the development of trails. Throughout his life-long exploration of trails, Carlos has found joy in introducing others to the transformative power that nature can have on people’s lives. From teaching mountain bike skills courses, writing curriculum for Boise State University’s Summer Youth Sports Program and leading large scale trail construction projects, Carlos believes that by encouraging engagement with nature we can all develop a greater appreciation and understanding of our environment.  Since making his move to New Mexico, Carlos has been enjoying every minute spent marveling at the beauty of Sandia Crest with his partner Daniella and their two beloved dogs.              Email Carlos. 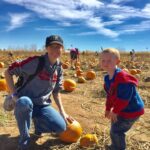 I have been interested in getting kids outside my entire life. I always did my best learning and understanding the world around me through place-based experiences that I could not only relate to as a child and now adult, but connect with right in my own backyard. I knew this was something I needed to share with others throughout my life. My experiences over the past ten years as a park ranger, education specialist, and education manager, along with having an MA in multicultural curriculum, environmental education, and primary education, have helped me find new and exciting ways to connect with all students as well as empowering teachers to teach environmental education. One of the most rewarding opportunities that has allowed me to expand on projects and opportunities locally and across the state of New Mexico has been being a part of the 2020 Fellowship program through EENM. These connections and opportunities to lead environmental education efforts have allowed for internal and external growth in my career to develop new and exciting ways that have led to new opportunities for environmental education in my community.

This role will not only help me leverage my abilities to expand on partnerships and projects, but also drive new, innovative ways to create lasting change in equitable access to the outdoors through systems change in environmental education for the benefit of every student, teacher, parent and community member throughout New Mexico and beyond. Email Allison.

Our volunteer board sets the course for EENM and connects us with our community. As advocates for environmental education, they do strategic planning, goal-setting and fundraising. Board members serve for two-year terms. If you are interested in learning more about the board, please contact us. 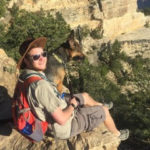 Ryan graduated from the University of Georgia in 2012 with a dual degree in Wildlife Biology and Forest Management, then again in 2014 with a Masters of Natural Resources in Environmental Education.  While in Georgia, he worked with several elementary schools to make Environmental Education more accessible to teachers and more teacher friendly to encourage a greater use of tools such as Project WET and WILD in classrooms.  Ryan also delivered quality EE programs to K-8th students as an Environmental Education Specialist at a local nature center, and worked with high school students as junior naturalists to develop their public speaking skills and conservation spirit.  Since moving to New Mexico and working for the Asombro Institute, he has been an integral part of developing several K-12 programs that focus on connecting what students learn in the classroom to the Chihuahuan Desert that surrounds them, and spreading the message of environmental education to students all over southern New Mexico. In 2018, Ryan was named a North American Association for Environmental Education Community Fellow. 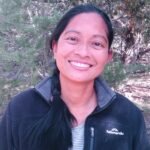 Shantini builds capacity of New Mexican youth to lead the conservation of local landscapes through the Conservation Science Center @ Highlands University, based at the New Mexico Forest and Watershed Restoration Institute. She develops place-based outdoor learning programs to build pathways in STEM disciplines, which combined with mentorship, leadership development and resilience strategies, encourages persistence among students of color in STEM. She has been working in northern New Mexico since 2012, and has experience in protected land management, habitat restoration, disease ecology, and community engagement. She holds an MS in Life Sciences with a concentration in Biology from New Mexico Highlands University, a BS in Zoology from Southern Illinois University, and a BA in Mass Media from Mount Union College. She serves as a board member with the High Plains Grasslands Alliance and Hermit’s Peak Watershed Alliance, an outreach committee member with Albuquerque Wildlife Federation, and served in the inaugural cohort of Fellows with Environmental Education New Mexico. 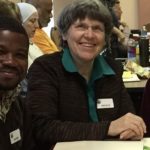 Marcia Barton has been involved in formal and informal education involving environmental issues for over 30 years. She spent 13 years as a high school science teacher in Santa Fe, New Mexico. During that time, she taught Environmental Science and AP Environmental Science; she has also taught Botany, Biology and Chemistry. Early in her career, Barton worked as the recycling education outreach coordinator for the Ecology Center in Ann Arbor, went on to learn organic farming, and co-founded the Community Farm of Ann Arbor.

Barton holds a Bachelor of Science in Natural Resources from the University of Michigan, completed a two-year training in biodynamic organic agriculture in Pennsylvania, earned a post- baccalaureate teaching certification from the University of New Mexico, and holds a Master of Science Teaching from New Mexico Tech University. In 2010, she achieved National Board Teaching Certification in Environmental Science. A recipient of the 2010 Fulbright US-Japan Teacher Exchange on Education for Sustainable Development, Barton also participated in the Toyota International Teacher Program to the Galapagos Islands in 2008. Most recently, Barton worked for the New Mexico Public Education Department’s Math and Science Bureau as the STEM Teacher Professional Development Specialist.

The Toyota trip to the Galapagos Islands and the Fulbright trip to Japan immeasurably strengthened her commitment to education about the environment and sustainability. Those experiences reinforced the urgency and appropriateness of incorporating education about sustainability into all curricula.

Barton is an urban beekeeper and gardener, bicyclist, and hiker, and loves anything that will take her outdoors. 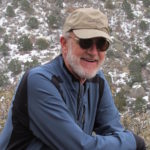 Steve has also served four years as President of the Open Space Alliance, a non-profit friends group supporting the Albuquerque Open Space Division and has been Chair of the Ciudad Soil and Water Conservation District (SWCD) Board for fifteen years, and represents seven SWCDs on the NM Soil and Water Conservation Commission by gubernatorial appointment. In 2016, Steve was named as a Dr. Richard W. Becker Excellence in Environmental Education Awardee! 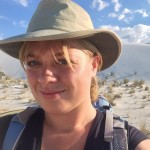 Kelly is the Director of Education with the Asombro Institute for Science Education and has also worked as an educator for the Bosque Ecosystem Monitoring Program.

Growing up in Los Alamos, NM, Kelly spent a great deal of time hiking, skiing, playing cello, and volunteering at the nature center. In a great combination of her passions, Kelly has even been spotted playing her cello in the bosque!

She graduated from UNM with a degree in Conservation Biology and is currently a graduate student with the Department of Biology at UNM. In 2017, Kelly was named the “Outstanding Environmental Educator” of the year by EENM! 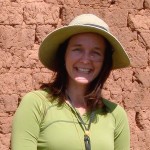 Colleen has served as the City of Albuquerque’s Open Space Superintendent since 2018. In this role, she oversees over 29,000 acres of open space. She also serves as the President on the Board of Directors for the Alliance of Natural Resource Outreach and Service Programs, a not-for-profit organization that supports Master Naturalist programs throughout the country. She also manages the Bernalillo County Master Naturalist program, which has received state and national recognition.

Colleen received a Bachelor of Science from the Department of Education at the University of New Mexico (UNM) in 1999 and a Master’s degree in Environmental Education through UNM’s Master’s International Program. She served as a U.S. Peace Corps Volunteer for three years in the Republic of Philippines. Next, Colleen worked as a research assistant for the World Wildlife Fund and then as the Growing Native Program Director at Potomac Conservancy in the Washington DC area. She returned to New Mexico in 2008 to work for the community in her as open Bernalillo County Open Space Coordinator. She created the Open Space Program, providing resource-based recreation and environmental education opportunities for the public at large. 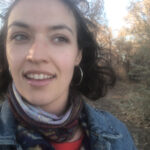 Olivia grew up between Denver and the southern coast of Spain. She was always encouraged to go outside and spent her childhood playing in the foothills of the Rockies and in the cork forests and beaches of Andalucía. A lover of all animals, Olivia has continued to enjoy exploring the outdoors through backpacking, climbing, cycling, scuba, and swimming in any body of (clean) water she can find! After graduating from the University of New Mexico with a degree in Environmental Planning and Design, Olivia accepted an apprenticeship with Yjastros, the American Flamenco Repertory Company. She worked with several farms during this time, developing a love for local food systems. She became a corps member of the company in 2018, performing throughout New Mexico, and the same year, joined the collective Spanish Broom Flamenco- an independent artistic collaborative focused on Flamenco performance. Her love for the outdoors motivated her to continue searching for a way to bring working with the environment into her daily life. In 2020, she was accepted as a 2020 EENM Fellow. She joined Cottonwood Gulch in September of 2020, where she is the Program Manager for the Students in Wilderness Initiative- working with 8th graders in Albuquerque, Santa Fe and Gallup. She is excited to serve on the board of EENM and continue to support outdoor experiences for New Mexican youth.